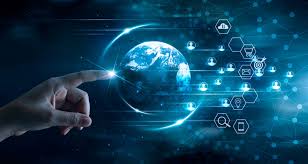 Future technology is already here. IoT devices will take on more jobs, robotics will take on more tasks, and Drones will make appointments for you. And AI assistants will make human-like phone calls. This article outlines the technology we’ll be seeing in the coming years. But, what else will future technology bring us? Here are a few predictions. Let’s explore some of them. How will AI assistants make our lives easier in the future.

IoT devices will do more tasks

The growth of IoT is resulting in the creation of new types of software solutions, with IoT devices designed to perform specific tasks automatically. These devices will provide organizations with valuable business insights, help streamline processes, and develop new business models. These technologies are changing the face of many industries, and they can improve processes and outcomes faster and more accurately. The rise of IoT devices has already touched the lives of people across the globe.

One of the primary drivers of IoT-enabled smart homes is the ability to integrate cameras, sensors, and alarms to provide peace of mind. Smart home security cameras will monitor key indicators such as temperature and physical activity to ensure safety. IoT-enabled activity trackers will monitor key health indicators, such as oxygen levels and blood pressure, and alert users if they need to take action. IoT-enabled detection systems can also help detect trespassers and identify small leaks.

In smart cities, IoT-based technologies will detect infrastructural faults and provide information to users. In fact, these technologies will eventually be used to create smart grids, smart cities, smart warehouses, and smart communities. And while they aren’t a cure-all for every problem, they are likely to lead to a more efficient and safe world. And while we’re already seeing examples of how the use of IoT devices will improve life for all people, many more tasks will be made possible with this technology.

There are already several fields where robots are working alongside humans. Some jobs are dirty and dangerous, like livestock raising and waste management. But, robotics can also do some jobs that humans cannot do, such as data processing and mapping. Robots are capable of taking these jobs away from humans, reducing human error rates and increasing order-to-delivery times. Some industries are also in need of robotic help, such as the construction industry.

Some workers are threatened by the rise of robotic automation. These machines can take over several jobs without requiring any human interaction and are usually faster than humans. Likewise, these robots can be programmed to perform monotonous, dull, and dangerous jobs while leaving more interesting jobs to humans. Despite this, many believe that humans are still better than robots. Some people believe that robots are not as creative or intuitive as humans are.

Developing countries are also facing the impact of robotics. The growth of automation will likely reduce the number of jobs that require a higher education. Poorer countries will also be less affected by robotics, as the wages are already low enough. Even so, robots will save employers less money on labor costs. A former McDonald’s CEO has said that robotics will change the labor market. While the future is uncertain, there is a good chance that workers will become more knowledgeable and skilled in their fields.

Developing robots for disaster-response is one example. Japan’s Fukushima Daiichi nuclear power plant was devastated by a tsunami and earthquake in 2022 Future technology , and the country has since accelerated the development of disaster-response robots to do remediation work on the site. Robots can also be used to inspect unstable structures. Multirotor drones can even inspect areas that are difficult to reach for humans.

Drones will do more tasks

One area that drones can be used for is inspection. They are particularly useful for solar and wind energy operations, which have many acres of panels and can be hundreds of feet in the air. A drone outfitter can fly around the construction site and check for damaged or malfunctioning panels. Its noise can scare away wild animals, but it will be a valuable asset in the long run. Drones will be used for a variety of tasks, from construction to insurance inspections.

While drones can be used for surveillance and photography, they will soon be used to entertain audiences. One of the biggest companies in the space is Disney, which has filed patents for drones focused on entertainment. Aerial displays could be used to show synchronized light shows, or even a floating projection screen. A drone puppeteer could even perform at an event! DroneCast has already used drones to deliver Ford-branded knickknacks.

Businesses will also use drones for video and photography campaigns. Their high-quality cameras and lenses can take images and videos of anything in the world. Real estate companies will use drones to show prospective clients around their properties, and tourist resorts will use them to get their message across to a wider audience. Drones will even be used for humanitarian missions, delivering medical supplies and vaccines to war zones and dangerous areas.

Another use for drones in disaster relief is for monitoring traffic accidents. Since telecommunication towers need regular inspections, drones will help keep track of weather events. In Houston, for example, AT&T and Verizon used drones to survey their network of towers after Hurricane Harvey. The drones provided valuable data for repair crews and guide their efforts to safe regions. For these and other uses, drones are already being used for real-time footage and video.

AI assistants are coming. Google recently announced the introduction of Duplex, an “experiment” that lets the assistant make phone calls with human-like conversation. It does not leave prerecorded messages or ask the other person for their name. Instead, it actually engages in a human-like conversation with the person on the other end of the call. It is unclear how the system will work after the public debut.

A demonstration of the Google Assistant makes phone calls to make appointments for small businesses. The virtual assistant refers to itself in the first person, Future technology but the voice call happens in the background on the phone without requiring the user’s attention. When the call is completed, the user will receive a confirmation notification. The technology will be gradually rolled out to a select group of users over the next few months.

Google has announced a new AI assistant called Duplex, which makes appointments for people using a phone. The service is available for Google Pixel smartphones only, but it will soon roll out to other Android devices. It is currently only available in certain regions of the U.S. (Kentucky, Minnesota, Montana, Texas, and Utah), but this technology may become a dystopian nightmare if misused.

Medical researchers have long sought to develop bionic eyes that would restore sight to the blind. These devices use stem cells to create artificial corneas and artificial retinas, and some have even produced rudimentary bionic eyes. The latest advancements in bionic eye development have the potential to create artificial eyes with superhuman vision and night vision. But the technology still needs some major improvements. In the meantime, bionic eyes are an interesting way to restore sight to those who have experienced various types of vision impairments.

The first step toward a bionic eye is developing an artificial retina that connects directly to the brain. This is more difficult to do than a retinal implant, and scientists still haven’t learned enough about how brain cells process light. In addition, penetrating the retina to implant electrodes is unethical. This means that it will likely be some time before bionic eyes are commercialized.

Developing bionic eyes isn’t easy, and many people who are blind have the right medical background to make such a device. It’s important to understand the science behind this technology before undergoing surgery. During surgery, the surgeon will have to make sure the bionic eye is compatible with the person’s body. The bionic eye is intended to restore some of a person’s vision after several years of loss of vision. In a normal eye, light enters through the cornea and lens, where it is focused by the light-sensitive cells. The retina then converts this focused light into electrical energy, which is sent to the brain via the optic nerve.

In addition to the optical nerve, scientists have developed devices for the retina. These devices resemble the retina and use microelectrodes to stimulate functional parts of the visual system. These devices are similar to cochlear implants and bionic ears. This method stimulates surviving neurons and produces the perception of small spots of light, or phosphenes, which is a phenomenon of seeing light without it entering the eye. 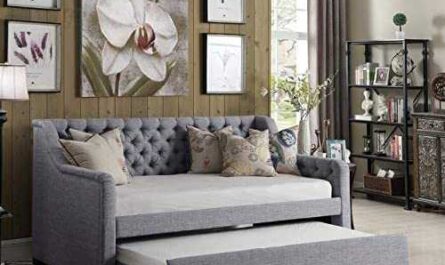 How to Embed a PDF File in WordPress 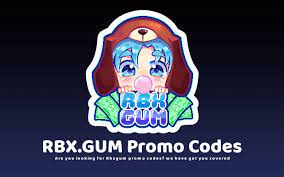 Your First Three Steps To Success With Rbx.gum